Hey, Kevin Willard, not every white basketball player is an exceptional shooter

Share All sharing options for: Hey, Kevin Willard, not every white basketball player is an exceptional shooter

After taking a beating from the UConn Huskies today, Seton Hall head coach Kevin Willard was not happy.

He was also frank about his frustration, which ranged from his team's recent struggles, to today's officiating, to, um, his white guys.

"I'm the only coach who has white guys that can't shoot," Willard told reporters outside of his team's locker room at the XL Center.

If there is an NAACP for white people, it may be time to speak up.

Surely we jest at that statement, but we also are here to tell Willard that not all white people can shoot, dude! The stereotype doesn't always hold, and we have some proof to help calm him down... 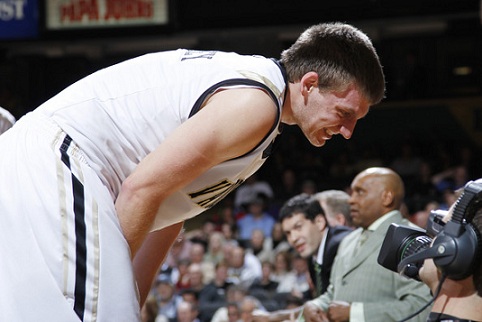 Tinsley looks the part as one of those white guy gunners, but has only attempted 64 deep balls this season and only five or more three-pointers in two games. Even though he’s the team’s primary ballhandler, he's not exactly a player defenders need to key on. 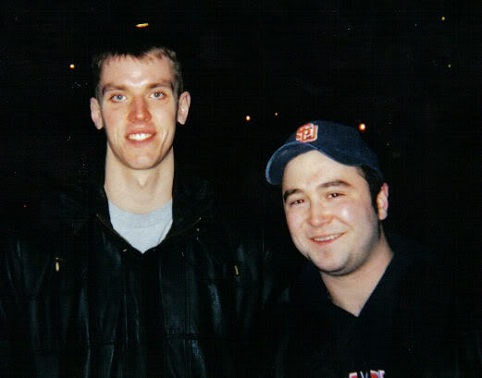 Instead of the token white guy who can shoot three-pointers, Forth was the token white guy with two left feet. For someone constantly made fun of for looking clumsy on the court, it's incredible that Forth started every game during his four-year career at Syracuse and was part of a National Championship winning team. 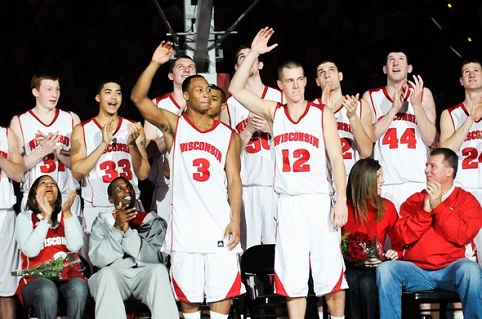 Wisconsin’s basketball team, while I don’t have the numbers to back it up, is basically White Guy U. But during the Bo Ryan era, the Badgers have been an average to below-average three-point shooting team, hovering around fifth or six in the Big Ten in 3pt shooting percentage. They've never led the league in that category, and only finished as high as second once since 2002.

You would have thought that guys like Jon Leuer and Joe Krabbenhoft would have been deadly from beyond the arc, but their shooting acumen was rarely a primary concern for opposing coaches. 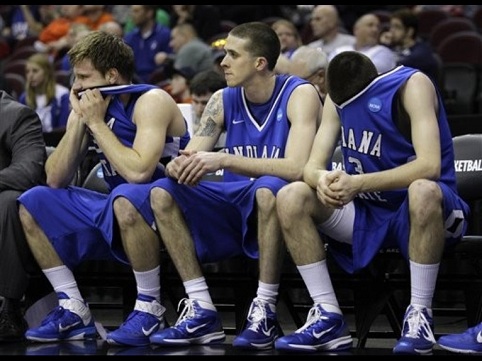 Shortly after drawing Indiana State in the first round of the 2011 NCAA Tournament, Syracuse’s Kris Joseph needed no help from his coaches when it came to a defensive gameplan:

Au contraire, KrisJo. While it’s completely natural to suspect that a team from the Hoosier State (that boasts Larry Bird as its most famous alum, no less) could shoot with alacrity, the Sycamores were actually only 85th in the country last season in 3pt shooting percentage, and third in the Missouri Valley.

In their match-up against the Orange ISU struggled with their 3pt shooting, going 7-21 as a team while their starters were an awful 1-8. 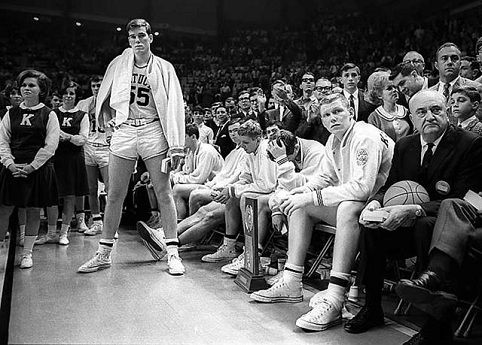 Calling this team "a bunch of white guys" doesn’t carry a negative connotation, it’s just fact. But when it mattered most, these guys just flat out couldn’t shoot.

In a national championship game that helped pave the way for integrating African Americans into college basketball, an all black starting five of Texas Western held Adolph Rupp’s all white starting five to just 22-70 from the floor.

The Miners played much more efficiently on the offensive end, going 22-49 en route to one of the most improbable National Championship victories in history.