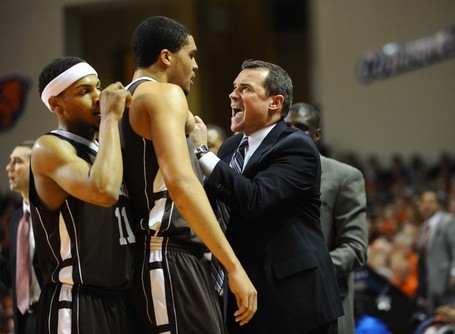 Another David vs. Goliath matchup. The Mountain Hawks drew No. 1 Kansas two years ago as a 16-seed in the dance, and turned in an admirable performance (90-74 loss) in a game where blowouts are usually the norm. Leading scorer and Mr. Do-it-all C.J. McCollum was still only a freshman back then, and has grown significantly as a player over the last two seasons. If Lehigh is seen hanging with some unsuspecting No. 2 or No. 1 seed next week, it's likely McCollum is the reason for it. Actually finding a way to pull off that upset is something else entirely, but this team certainly has the ingredients (low TO%, high FT%, star scorer) to throw another scare into a tourney favorite if things fall into place.