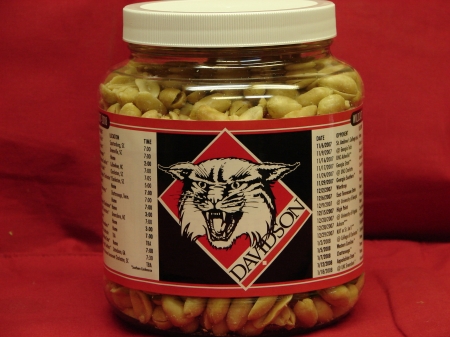 A ton of threes. The famous '08 and '09 Davidson teams killed opponents from the outside, but were still surprisingly strong on the back end. Sadly, Bob McKillop's current squad isn't nearly as talented or as active defensively, and it's hard to imagine this won't cause problems for the Wildcats right away. It's important to note that Davidson gets 51.5% of its points from the free-throw and three-point lines combined, which, although it probably doesn't seem like it, is a very high number. Not one player on the roster shoots better than 38% from 3P land though, and if the Wildcats are going to make any noise at all this month, it's going to come from the perimeter.