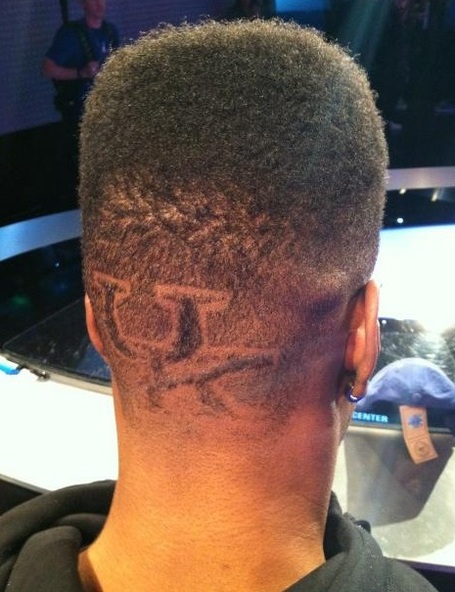 Imagine this scenario: The two top prospects in prep basketball purposely wait to sign with a college until the last minute. Because of this, each kid is then fawned over endlessly in the lead-up to their respective decisions, all brought to you in a LeBron James Decision-style hype show whose single greatest achievement was selling ad space. And, in the undeniable climax of the evening, the No. 1 recruit in the country would then choose to make his destination known, not with his own words, but with his hair. His hair.

Like it or not, it's the Hollywoodization of the recruiting world come to life, and we saw yet another glimpse at the future on Wednesday as Nerlens Noel (No. 1 overall recruit in the 2012 class) and Shabazz Muhammad (No. 2 overall) opted to sign with Kentucky and UCLA respectively in front of a nationally audience.

The 6-foot-10 Noel, who entered the evening hell-bent on "shocking the world", managed to do none of the sort by picking the defending champs. The only unexpected thing about his Kentucky decision was that the "shock the world" comment apparently led many insiders away from UK's trail in the end, offering a good deal of hope that he would wind up at a place like Georgetown or Syracuse. While his destination ultimately feels hollow and largely predictable a day later, Noel's ability to market this decision is a clear asset for the youngster, and will serve him well in the NBA in two years.

No. 2 overall recruit Shabazz Muhammad, rumored to be heading to UCLA for days, weeks even, came on set before Noel for his own announcement. Muhammad's reasoning for eventually signing with the Bruins is that he wants "a challenge" and is intrigued by the prospect of turning the program around. Considering that we're almost assuredly talking about a one-n-done player, it's hard to imagine the type of impact Shabazz can conceivably have in one year in the Pac-12, but his decision to beef up UCLA's already stellar recruiting class remains significant.

So there you have it, the destinations of two of the best incoming freshmen in America are finally known, and a pair of fan bases can rejoice for each landing a budding superstar to bolster their class. Noel should step into the mix in Lexington on a team that will once again compete for a national title, while Muhammad will certainly have his work cut out for him if he plans to have similar aspirations.