Xavier basketball just got a lot...uglier?

Share All sharing options for: Xavier basketball just got a lot...uglier? 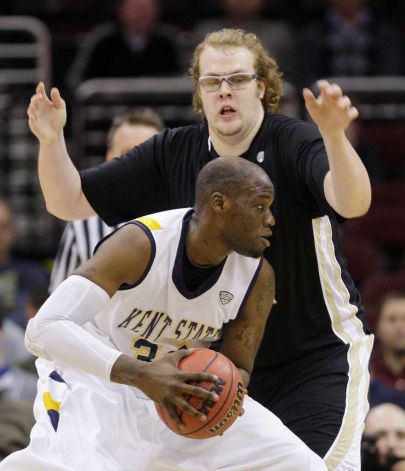 As part of their metamorphosis from a "mid major" to "elite college basketball" program, the Xavier Musketeers have secured a number of key transfers.

From Brian Thornton to Drew Lavender to Jordan Crawford and many more in between, the program has been great at bringing guys to campus that they could not get out of high school, but were able to later convince them to don a Musketeer jersey to close out their college career.

In the latest string of transfer players, Matt Stainbrook, formerly of Western Michigan, announced his intentions to transfer to Xavier today. At 6-10 290 pounds, Stainbrook fills a need for a team that loses their starting center Kenny Frease to graduation.

That's great and all, but let's not ignore the pink elephant in the room here.

Sight unseen, Stainbrook comes off as the guy that fouls and sweats a lot at the local Y. The guy who is a force on the basketball court more because of his effort and physicality, and not really because of any defined and superior skill set.

An ESPN scouting analyst once said that Stainbrook had "limited mobility" and "heavy feet". A "project but has the skills and could be productive at the low-level schools if he got into tip-top shape."

He also looks better with the lights off.

Because he's not dashing by any means, here's to hoping Stainbrook has an inordinate amount of swag swag to woo a few Midwest coeds.

Some thick skin would help too, as now that he's moved from the MAC to a conference with a real TV deal, the secret will soon be out on this kid and his looks.