Butler, VCU to Atlantic 10 sets up potential for excellent rivalry

Share All sharing options for: Butler, VCU to Atlantic 10 sets up potential for excellent rivalry 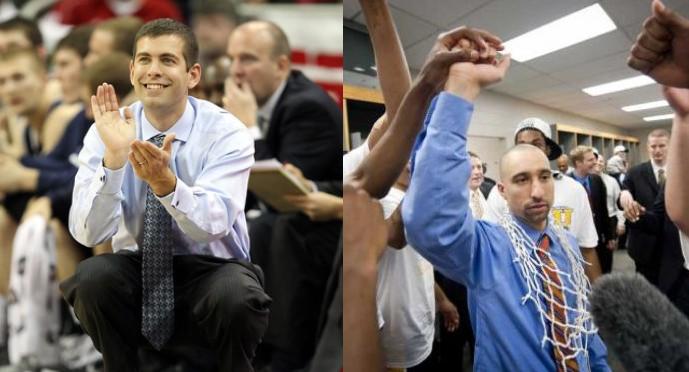 In 20 years from now, if both their programs have continued to move up in the pecking order of college basketball, we'll know how chapter one of the storied rivalry began.

Two mid-majors, in separate conferences, shocking the world with a combined three trips to the Final Four over the course of two seasons, then joining the same league in 2013 to guarantee two, maybe three games between one another each season.

That presumptive statement may be a bit misguided, but you probably get the idea.

With today's report that VCU will join Butler as the two newest members of the Atlantic 10 conference in 2013, the seeds for an conference match-up that could develop into one of the premier rivalries in all of college basketball have been set.

Sure it also means needed competition for perennial favorite Xavier now that Temple has moved on to the Big East, and gives needed quality to a conference that seems to focus a bit too much on quantity (do we really need Fordham, La Salle, et al toiling away in this league?), but the real takeaway from this latest conference reshuffling is the coup the Atlantic 10 scored in attracting eyes to the regular season game(s) the Bulldogs and Rams will play against each other.

There are plenty of angles to market this and generate buzz for these two teams as they assimilate to life in a league that is more often than not receives more than one NCAA Tournament bid per season.

It also gives VCU a chance to play their intra-city rival, Richmond, every year.

While conference reshuffling has done a pretty good job of dismantling a few of our favorite rivalries, VCU and Butler moving into the Atlantic 10 actually gives us something to look forward to.

Something new to help usher us into a new era in college athletics.

Because there are a lot more televisions in Philadelphia and Charlotte (the 49ers bolted for Conference-USA) than Indianapolis and Richmond, the Atlantic 10 losing those media markets will initially hurt from a pure ratings standpoint. But there's plenty of room to grow with adding Butler and VCU, and capitalize on the impending great games these two will likely produce for us going forward.

It's two teams with a great backstory, and great young coaches who seem to be most interested in growing the program they currently coach, rather than use it as a stepping stone for a school with a larger budget and recruiting reach.

That right there lays the foundation for a special match-up.