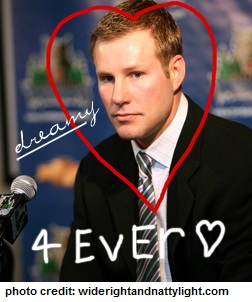 The eight-year extension is worth an average of $1.5 million per season, nearly doubling Hoiberg's current annual salary of $850,000 and on paper moving him towards the upper-echelon of college basketball coaches.

While the boost shouldn't come as a real surprise to anyone that followed the arc of Iowa State these past two seasons it is well deserved and speaks volumes as to the long term plan the ISU athletic department has in mind for their basketball program.

As the reigning Big 12 co-Coach of the Year, Hoiberg has found quick wins by turning the Cyclones basketball program into Transfer U, brining in talented cast-offs looking for a new home and a second lease on their college basketball lives. The approach got the Cyclones into the NCAA Tournament for the first time since 2005, providing hope and optimism for a fan base that's desperate for a winner.

By buying time through renting players for a season or two, Hoiberg has been able to get the program back on its feet while nailing down long-term solutions through traditional recruiting. With the Big 12 in flux through conference re-alignment and coaching changes, there's incredible opportunity for Iowa State to swiftly become a perennial league contender.

Hoiberg's early returns as a head coach has won the hearts of his community over for the third time as a human being. As a dreamy dude who seems to have the innate ability to connect with anyone ages one to 101, this extension was really a no brainer for Iowa State.

Hoiberg's new deal will place him in the top 30 of highest paid college basketball coaches in the country,