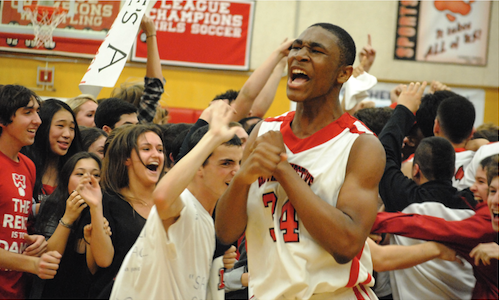 By all accounts, the 2011-2012 Harvard Crimson basketball team was the most talented in the history of the program.

With the first ever top-100 quality recruit committing to Tommy Amaker's club - a club that loses only two starters next season and got significant contributions from underclassman as last season wore on - the Crimson could be moving into a period of consistently competing for Ivy League titles and NCAA Tournament berths.

Meet Zena Edosomwan. A really intelligent, well rounded person, as documented by Sports Illustrated's Luke Winn, who happens to be a really good basketball player, too.

Pursued by a number of BCS-conference schools, Edosomwan, a 6-9 forward from Los Angeles, is a kid thinking years beyond college. Despite being one of the best players of the Class of 2013, Edosomwan is resolute that his college choice was made so he's prepared for life after people forget his name in four years.

While it's unlikely to see more Zena Edosomwan's come through the prep and AAU circuit, his story is refreshing. A player who seems like he's elevating his game to become a real pro prospect, but not banking on that career path and taking his academics seriously.

We laugh at the term "student-athlete", but we certainly got one here, and he's apparently got a shot at tearing through Ivy League competition.